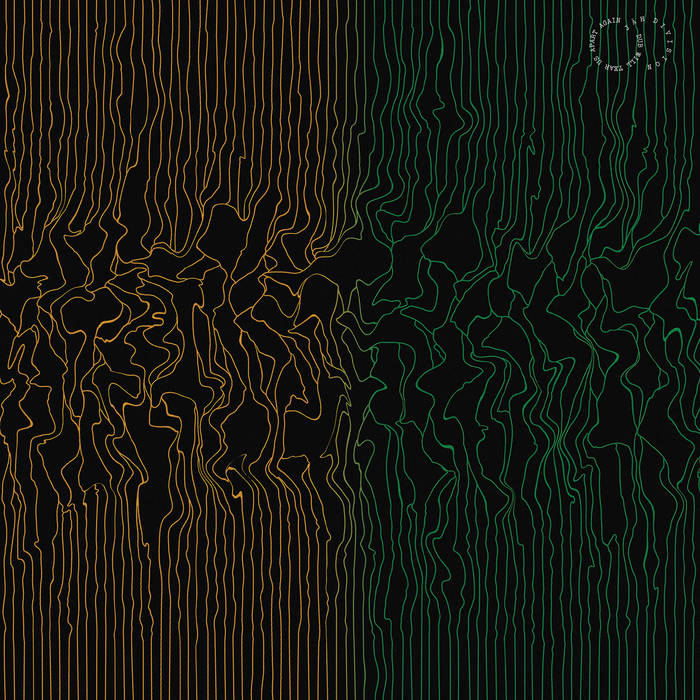 A supergroup born of Brooklyn’s early 21st century DIY scene, Jäh Division’s sole 2004 12-inch Dub Will Tear Us Apart earned them an instant infamy for their psychedelic dub interpretations of Joy Division classics. Featuring members of Home and Oneida and recorded in the literal shadow of the Williamsburg Bridge, Jäh Division grew from a joke between roommates Brad Truax and Barry London into a rolling improv collective that included members of Animal Collective and Oneida, among others.

Expanded with 5 extra songs--3 from the original session, 2 from a scrapped album--Dub Will Tear Us Apart… Again is the sound of Manchester beamed into Brooklyn by way of the Black Ark, all linked by some intercosmic hook-up in the depths of Barry London's Space Echo tape loop. Recorded by the core Jäh Division quartet, the original release--part of Social Registry’s 12-inch series-- featured London on vintage keyboards, Truax on bass, Home’s Chris Millstein on drums, and Oneida’s Kid Millions on Barry’s collection of synth percussion, including trash-salvaged electronic drum pads, run through dubby delays and effects and a Farfisa reverb tank.

Residents of free103point9--a combination micro-casting FM radio station, performance space, and residential loft with back windows overlooking the Williamsburg Bridge's Brooklyn-side descent--Brad and Barry had real bands with real ambitions. Both had spent months sweating hard hours over albums with Home and Dan Melchior's Broke Revue -- both albums destined to remain never-properly-released after falling into wormholes of music biz malarkey. Jäh Division was, as the original 12-inch label put it, "a good smoke and a joke." But it quickly became much more.

Drafting in Home drummer Chris Millstein on the night of their first show, and Oneida drummer Kid Millions shortly thereafter, Jäh Division found its expression in London's collection of strange and/or vintage gear, from the Roland RS-09 that triggered the original joke to the Realistic Concertmate MG-1, a Moog once sold at Radio Shack. Recorded by London on a reel-to-reel, the one-day session in the free103point9 performance space is the sound of Williamsburg just as the mania began. Jäh Division became an on-call North Brooklyn party band featuring the core quartet, plus rotating pals from Oneida, Animal Collective, Awesome Color, White Magic, and almost always a guy named Stony Tony on the congas.

A second session at Oneida's Ocropolis studio featuring a London/Truax/Millions trio never yielded a proposed full-length, and the band's attendant parts eventually got too busy to heed Jäh's call more than once in a while. Never officially disbanding, either, the live iteration would continue to convene every year or three, though rarely with the full core quartet. Dripping, weird, and ricocheting, Dub Will Tear Us Apart… Again is a document of four serious musicians staying true to their instincts in the face of extreme absurdity. Get irie, get spooked, and conjure Jäh Division again now from their component vibrations.

Bandcamp Daily  your guide to the world of Bandcamp

Featuring appearances from Kari Faux, Bluestaeb and and interview with NY-bred artist Wiki